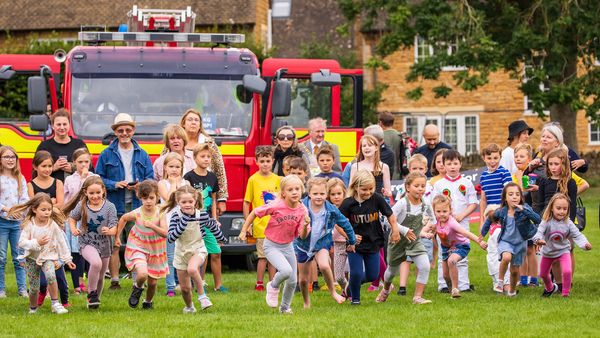 CamFest was a great afternoon with the best of the local community on show. The committee were really pleased to be able to contribute to the event with a little bit of the Scuttlebrook magic that we have all missed over the last 2 years. The parade, crowning ceremony, fancy dress prizes and morris dancing added to the celebratory and joyous feel of the afternoon. For me though, the absolute highlight was the Scuttlebrook children’s races. There was a great turnout and fantastic atmosphere as the crowd cheered on the runners.

It was also wonderful to be able to finally crown our new Queen, Lauren Hall, in a style befitting a Scuttlebrook Queen of Campden. Our retiring Queen from 2019, Evie, did a great job crowning her sister and passing on this honour of the town. Well done also to our attendants Millie Gabb, India Denyer-White, Ruby Blue Mattacks and Ede Lynch and also to the page boy, Liam Taylor, for the parts they played in the ceremony.

Thanks especially should also go to Angie Taylor for yet another wonderful job with the girl’s dresses and also to Wendy Morrey for all of her work behind the scenes organising the ceremony and fancy-dress prizes.

The committee have already had our first planning meeting for Scuttlebrook 2022. Initial plans include ideas for regenerating the fancy-dress parade, encouraging back the more popular fairground rides and building on our success in 2019 with a family friendly live music event in the high street.

Over the coming months we will be saying more in the bulletin and online about our plans and how you can get involved to make it the best Scuttlebrook yet!

I also want to take this opportunity to congratulate Andy Norton on being elected as the new Chairman of the Dover’s Games committee. Andy and I will be working closely together over the coming year on a joint approach to make the whole weekend as successful as possible for the community.

In the meantime, it is never too early to start thinking about your fancy dress entry or even a group float! 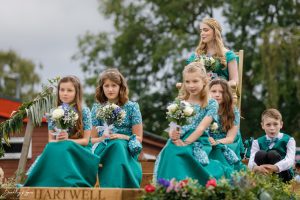 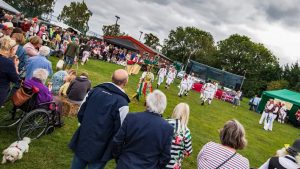